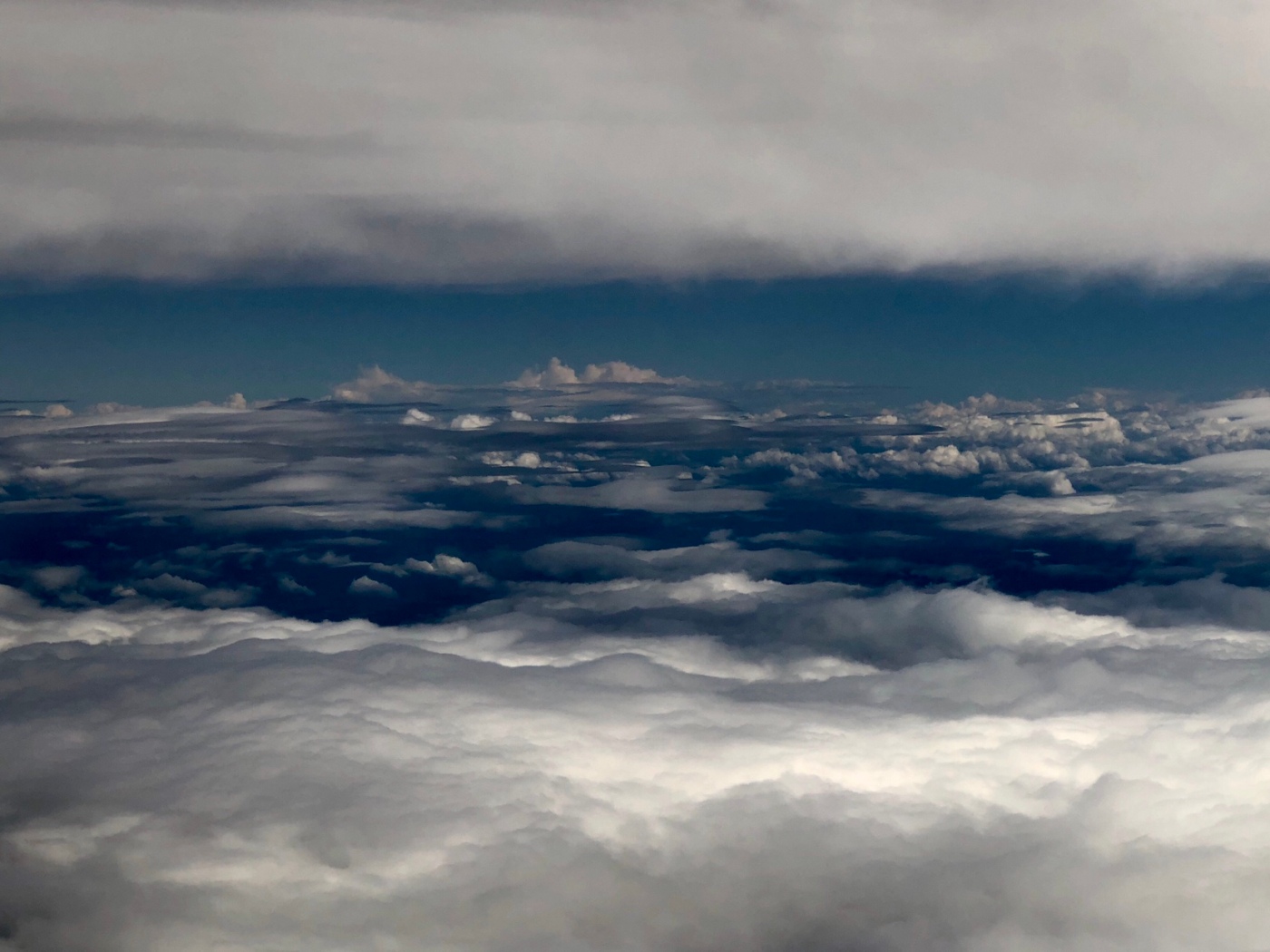 I don’t fly nearly as much as I used to (which is great for my carbon footprint), but occasionally I do have the chance of the odd business trip, the latest of which took me from Montreal to Atlantic City and back via Philadelphia. The fact that I don’t take planes frequently means the experience is again becoming novel, especially when a flight is interesting in some way.

As the video below shows, flying back from Philadelphia to Montreal during a storm had some pretty incredible cloud formations on display. For most of this flight, my attention was mesmerized outside the window. Not shown is the epic bolt of horizontal lightning which paralleled our plane from a distance just after takeoff.

The takeaway from this and similar experiences is when flying on the East Coast during Summer, avoid afternoon flights. They’ll almost certainly be delayed, cancelled and very bumpy.

One thought on “Stormy Flights”